The NSW Budget boosts an economy low on people power

The NSW Budget released this week included revised population forecasts. These latest projections show the impact of COVID-19 leading to a reduction in net overseas migration and bringing forecast population growth to zero in 2020-21 and less than 0.2% growth in 2021-22.

Previous population projections by Department of Planning Industry and Environment estimated approximately half the growth in population to come from natural change with the other half from migration. This was based on net overseas migration of 105 thousand people in 2016, trending to 69 thousand in 2041. The revised Budget population forecasts expect negative net overseas migration until June 2023. Longer term, the combination of less overseas immigration and lower fertility rates is expected to reduce the NSW population to 376 thousand fewer people by June 2024 compared to previous estimates.

As population is a key driver in the economy and fewer people living in the state will have wide ranging impacts, we have dug further to consider the drivers behind the lower population forecasts and how they could impact across the NSW economy.

A net outflow of migration is expected for the first time since 1945. As international borders remain closed, Australia is not receiving the normal number of arriving immigrants (530,000 people arrived on temporary or permanent visas in 2018-19). Data also suggests that the international labour force was hit harder when COVID-19 restrictions began, with groups who arrived within 5 years to Australia experiencing a sharper rise in unemployment. Before COVID-19 trends show that new arrivals have a higher unemployment rate compared to groups born in Australia.

The increase in unemployment amongst internationals who have arrived in Australia within the last 5 years has been followed by a decrease in the number of people in the labour force from that group. This suggests that after a couple of months of unemployment, with limited access to government support packages, recent arrivals to Australia are returning to their home country.

Another factor driving the lower population forecast is the number of international students. There has been a significant fall in the number of international students registering and beginning studies in Australia (16.7% lower in the first eight months of 2020 compared to 2019). This decrease in demand reduces revenue for educational institutions as international students pay higher fees than national residents and are not entitled to the same government support. To recuperate lost funds, universities may lobby to be able to increase the cap on fees charged to Australian residents or look to reduce costs in other areas, such as larger class sizes or ”right-size” staffing needs.  Additionally, students contribute a significant amount to spending on goods and services in the economy, such as renting accommodation, eating out and purchasing study materials. In total, international education contributed $13.9bn to the NSW economy in 2018-19.

A fall in international students could have longer term impacts on the NSW economy. International students after graduation often enter high skilled occupations, increasing the productivity of the workforce. Whilst there has been an immediate drop in demand from international students, this could fall further if the international borders remain closed and entering Australia is restricted.  Student populations would reduce the demand for teachers, increasing unemployment or underemployment in the education sector. The Education industry has experienced an immediate fall of 17% in the number of people employed across Australia between August 2019 and August 2020.

Eat, drink and be merry

Some of the sectors hardest hit by COVID-19 will suffer further with lower population growth. Spending at hotels, cafes and restaurants fell by almost 60% over the June quarter as a result of containment measures reducing both local demand and demand from domestic and international tourism. With fewer international tourists and restricted movements for domestic tourists (especially whilst interstate travel is limited), the voucher to subsidise eating out and leisure activities will be welcomed by the hospitality sector. According to ABS data, employment in Accommodation and Food services fell by 12% between August 2019 and August 2020. However, since social distancing and lockdown restrictions have been lifted, pubs and restaurants have been booked out. The hospitality sector employs many international workers and is currently carrying a high vacancy rate as many immigrants have returned to their home countries. In the UK, a similar scheme branded as Eat Out to Help Out led to crowded restaurants and may have inadvertently contributed to the need for a second round of lockdown restrictions.

To counteract the lower population forecasts and weak economic outlook, the NSW 2020-21 Budget announced several spending packages to help boost economic recovery alongside the voucher scheme. These included spending an unprecedented $107.1 billion on infrastructure investment, with $72.2 billion of this going towards delivering road and rail projects. This will create thousands of jobs in the construction industry, supporting supply chains and the wider economy as employed people spend more freely on non-essential goods and services. Spending which creates jobs will provide a valuable stimulus. This is a welcome (and prudent) measure given the unemployment rate has reached its highest level since the late 1990’s and the Construction industry has seen a decrease of 12% in employment between August 2019 and 2020.

Investment in infrastructure can also be a good way to increase productive capacity once the economy is operating in more normal circumstances. More direct, less congested roads, improved public transport services and new rail connections allow people to make more efficient journeys, spending less time travelling and more time where they want to be. This “bonus time” can then be spent doing leisure activities, with family or doing additional work. The NSW Budget provides funding for three major infrastructure projects: Sydney Metro West, Sydney Metro – Western Sydney Airport, and for the Sydney Gateway project. We see the challenge for the NSW Government is to make sure that projects helping the economy in the short term (through stimulus support) also have longer term productivity benefits for the economy and the community.

COVID-19 has shifted working patterns as businesses embrace working from home and more flexible hours. This change looks set to stay even once the risk of contracting the virus falls as businesses recognise the benefits of flexible working and productivity has been maintained with improved remote working set-ups. A NSW report found that 53% of workers reported themselves as being more productive working remotely compared to in an office, and only 18% considered themselves less productive. This could impact the need for various infrastructure projects – maximising peak travel demand capacity may now be less of a priority in the short term. Less frequent long commutes more manageable than daily journeys, increasing the attractiveness of living further out of the CBD areas with good transport links. The More Trains More Services programme received $824m in the NSW Budget to continue its rollout to provide turn up and go services and improvements to Sydney Trains.

Our bottom-line message is changes in population are a key factor in determining future economic outcomes -they affect employment, potential economic growth and should influence how government funds are invested. Demand forecasting of multiple scenarios and encouraging projects to be designed flexibly will help ensure a strong economic recovery in the face of uncertainty. In 2020, there certainly has been a lot of uncertainty and, like all of us, bringing back certainty in a measured but safe way is something we all need to accept as the “new normal”. We think the latest NSW Budget makes those first, measured steps.

NineSquared is an economics, strategy and financial consulting firm specialising in transport, water and infrastructure sectors. With offices in Brisbane and Sydney, NineSquared has worked governments and private sector organisations across Australia and New Zealand and recently worked with the NSW Government on population projections and infrastructure projects. 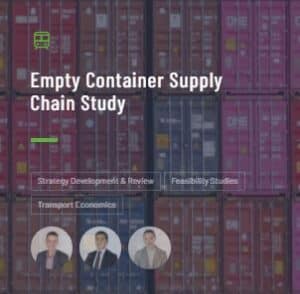 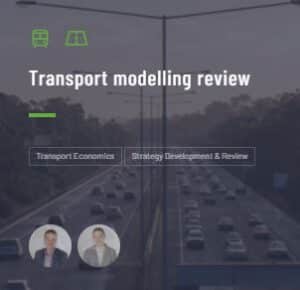 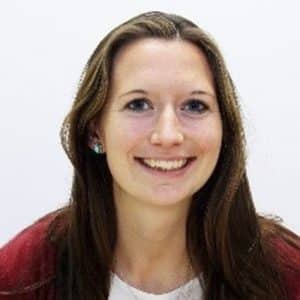