NineSquared has released the 2017 Fares Benchmarking Report today. The 2017 report has assessed fare affordability across an expanded number of cities and transit systems and includes systems in South America and Africa for the first time.

The report ranks transit systems in cities based on the amount of time a person would have to work at the minimum wage applying in each city in order to pay a return journey. Once again, Beijing ranks as the cheapest place to catch public transport, closely followed by new entrant to the list, Mexico City.  No Australian city was in the top ten most expensive cities as while fares may be higher than charged elsewhere, so too is the minimum wage. The standout mover in this years list is South East Queensland which saw large reductions in fares at the end of 2016 resulting in a the region becoming a cheaper place to catch public transport. 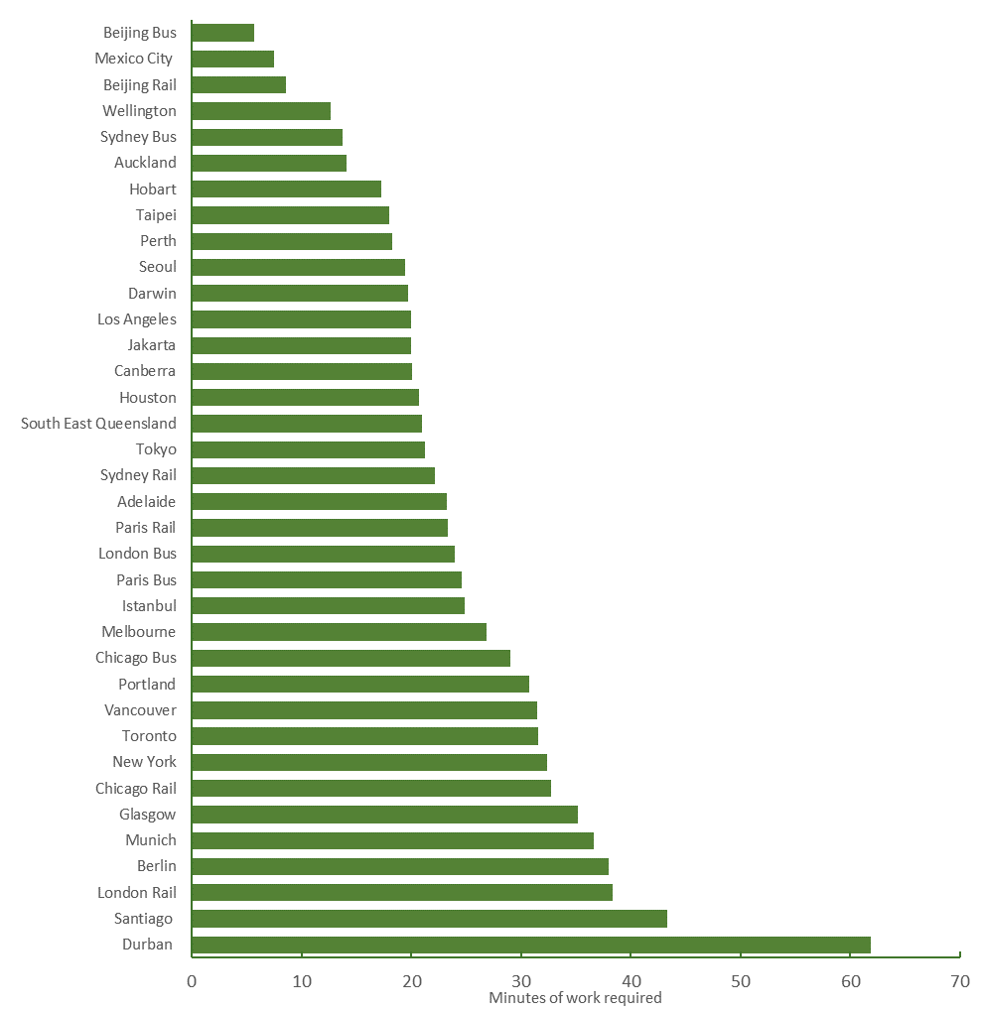 In fact, while many transit systems have not increased fares, South East Queensland was the only transit system in the report that has seen any reduction in fares over the past three years resulting in the region moving 8 places (from 12 most expensive to 20th most expensive) for an ‘average’ 15 km trip. 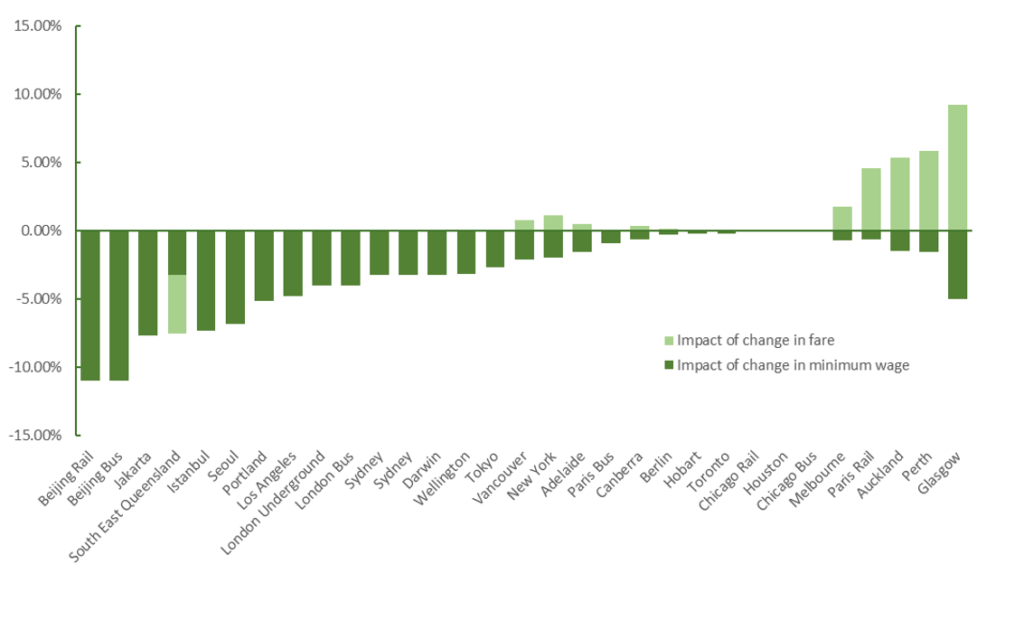 For more information, visit the NineSquared Fares Benchmarking site where the 2017 report, along with reports from previous years can be downloaded.